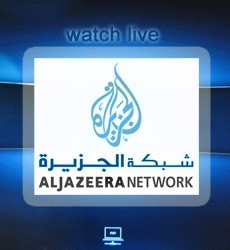 Al Jazeera is a famous News Television from Qatar, broadcasting to the entire Globe.

Al Jazeera broadcasts in both the Arabic and the English Language. There are basically two different channels of Al-Jazeera, one which airs the news in Arabic and another one which is in English.

Al Jazeera can be watched in many ways, including free and paid apps for the iPhone and the iPad. You can also watch Al Jazeera using the Live Station software for Mac and Windows.

On the web, You can also watch a live feed of both the Arabic and the English broadcasts of Al Jazeera using Justin TV or simply by going to the official website of Al-Jazeera.