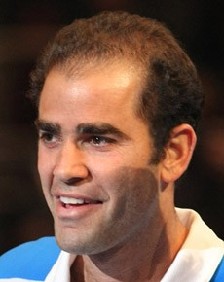 Pete Sampras is a former American Tennis player who was one number one player in the world.

Pete Sampras is considered as one of the best tennis players of all times.

Sampras had more titles than any other player except Roger Federer who got a higher record in 2009 during the Wimbledon.

Help us improve this page:   Correct or update the Pete Sampras page