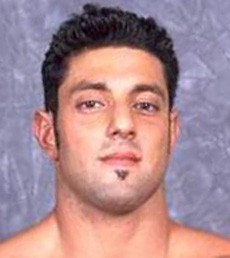 Mark Copani, also known as Mark Magnus, is a retired professional wrestler who was known under the ring name Muhammad Hassan.

Muhammad Hassan was born on the 7th of November 1981 in Amman, Jordan. His mother was Arab and his father was Italian. Copani was raised in Syracuse, New York, then moved to Detroit, Michigan and currently lives in LA, California.

Mark Copani was famous for his appearances in the World Wrestling Entertainment - W.W.E.

Mark started his professional career in wrestling in the year 2003 during the WWE training ground, Ohio Valley Wrestling. During that time his manager was Nikita Fink and his trainers were Nick Dinsmore and Danny Davis.

During the month July 2005, Copani left the WWE and has never returned to wrestling since then.

Help us improve this page:   Correct or update the Mark Copani page