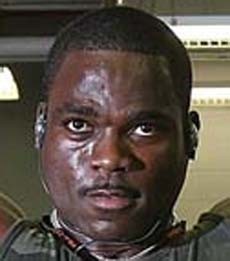 Lascelles Brown also known by his friends as The King is a Jamaican-born Canadian bobsledder who has competed since 1999 and as a Canadian since 2004.

Lascelles Brown was born on the 12th of October 1974, in Clarendon, Jamaica.

Brown was a member of the Jamaica national bobsled team between the years 1999 and 2004.

Lascelles Brown has competed at the 2002 Winter Olympics in Salt Lake City, as a brakeman for Winston Watt.

He also took part of the Vancouver 2010 Olympic Games.

Help us improve this page:   Correct or update the Lascelles Brown page