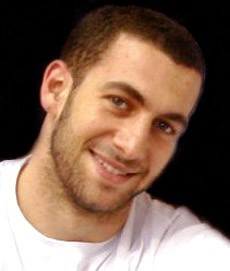 Elie Rustom was born on May the 2nd 1987 in Chadra- Lebanon. He started playing basketball at a very young age, and practiced regularly at the Sagesse High School. He was only 16 when he played for the Blue Stars in the Lebanese Basketball League (div. A).

Elie Rustom is currently a guard for Al Mouttahed Tripoli and also plays in the forward-position for the National Basketball team. He took part in the William Jones Cup 2010, FIBA Asia Stankovic Cup 2010, and 2010 FIBA World Championships (Turkey).

Elie Rustom is considered one of the best rebounders.

Help us improve this page:   Correct or update the Elie Rustom page