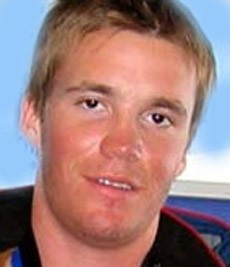 During the 2006 Winter Olympics which were held in Italy, Dale won the golden medal for Australia, the country which adopted him in the mens moguls.

Also during the leadup to the 2006 Winter Games, Dale won 3 World-Cup rounds.

Dale Begg-Smith was ranked as the number at the moguls discipline in the world.

Help us improve this page:   Correct or update the Dale Begg Smith page