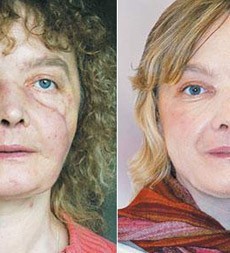 Full face transplants are now possible, thanks to the latest improvements in science and technology. The 1997 thriller "Face/Off", in which Travolta undergoes a high-tech medical procedure to acquire that of the villain’s played by Nicolas Cage might come to your mind.


The world’s first total face transplant was performed in Spain at the Vall d'Hebron Hospital of Barcelona, and carried out by an impressive 30-member medical team lead by Dr. Joan Pere Barret.

The patient, a farmer in his 30s, had accidentally shot himself in the face back in 2005. The complex operation was conducted in March of 2010, and took 24 hours to perform. It gave the disfigured man a new nose, skin, jaws, cheekbones, teeth and other features.

The UK Facial Transplantation Research Team praised this achievement, but refrained from calling it a full-fledged face transplant.

It only took a short while, before France proclaimed that title for itself. In June 2010, French doctors carried out a successful full-face transplant, but this time with eyelids, and the extremely challenging tear ducts. The 12-hour operation held at the Creteil Henri-Mondor hospital in the Paris suburbs, was lead by head surgeon Laurent Lantieri. The patient, Jerome, was afflicted with a face-disfiguring genetic disorder.

Help us improve this page:   Correct or update the Full Face Transplant page