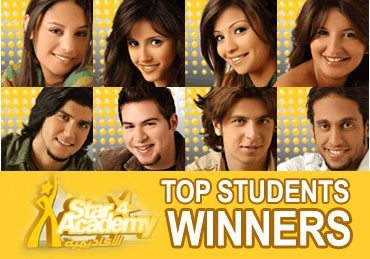 The Winners of Star Academy 4

As usual the top 8 students which survive this reality show are considered to be the top winners. The remaining 8 students will start touring the Arab countries and singing their best songs.

The remaining winner students are as follows

While eleven students lost the battle and left the academy, we still believe that many of those students will one day soon make it to the top in the world of music.

Help us improve this page:   Correct or update the The Winners of Star Academy 4 page