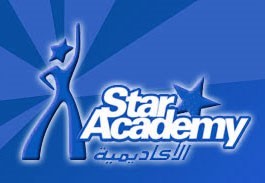 Star Academy Lebanon or Star Academy Arabia (also known as Star Academy LBC) is a reality TV show which had its first appearance in the Middle East through the Lebanese Broadcasting Corporation; the show started airing in 2003 and featured a group of 16 young male and female candidates from all over the Arab world.

Star Academy Lebanon is an Arabic adaptation of the French Reality Television show Star Academy which is produced by a Netherland company called Endemol, which is also based in the Spanish format and well known as, Operaci?n Triunfo.

An Overview of Star Academy Lebanon

Star Academy Lebanon (Middle East/Arabia) is Based in Beirut, Lebanon. This is one of the first reality shows to hit Lebanon and the Arab world in the early 2003.

Star Academy Lebanon which was hosted by Hilda Khalifeh, aired for almost four months on the Lebanese TV station LBCI.

Star Academy idea revolves around 16 candidates or students who are locked down in the academy in Adma where they show us their talents in singing, dancing and acting. The Star Academy candidates undergo several competitions between each other in front of the Academy Teachers and the Audience in each weeks primes.

The Show is divided into two simultaneous sections, each day a program presents moments of the everyday life and training of the candidates and a prime show every Friday evening. Star Academy Lebanon airs live 24/24 on Nagham TV Station (owned and operated by LBC group) Nagham on ordinary days runs videoclips however dedicates its broadcast to Star Academy 24 hours when the Star Academy Lebanon Season starts and continues until the season ends.

Every Tuesday the three weakest students are nominated to be out of the show.

The nominations are based on the students’ performance throughout the week and how the teachers see the candidates over all weekly performance. Star Academy members undergo an evaluation exam on Monday in front of the teaching staff.

The prime day is Friday, because it is a special live show were the candidates perform and sing either by themselves or with guest artists.

The three nominated members first voting is through the public through phone calls and text messages. This is considered by many to be the main reason how LBC makes its money out of the show. Needless to say that the show requires a big budget to run the Academy and the Primes which are usually run very expensive accessories in the shows.
The Candidate with the highest percentage of votes returns back to the Academy. The remaining two candidates are to be voted by their fellow candidates and one of them will also return to the Academy. The remaining candidate simply leaves the academy.

As the candidate numbers who remain becomes less, the nomination comes down to two students. During this time, it will become the public sole votes to make the winner happen.

The show proved to be immensely popular, once attracting nearly 80% of the Lebanese adolescent population, and confirmed LBC's status as one of the best TV station in the Arab world.

The show received intense criticism when it started off, which led some people to falsely believe that it would not succeed. Many Arab Islamists debated that the program promotes for evil and un Islamic actions. There criticism was able to stop a similar program Big Brother Arabia which ran for only few weeks in Bahrain before it was canceled due to pressure. Lebanon is considers as a very open country and those debates did not affect the program as it continues to run for the fourth consecutive year with a big success and popularity.


Star Academy 1
The first season of the show was first aired during December, 2003. The winner was the Egyptian student, Mohammad Attia also known as (Mohamed Attieh or Mohammed Attiyeh).

The Eight finalists were Mohammad Attih from Egypt, Bashar El Shatti from Kuwait, Sophia El Mareekh from Morroco, Bahaa' Al Kafy from Tunisia, Ahmed El Sherif from Tunisia, Myriam Attallah from Syria, Mohammad Khalawi from Saudi Arabia and Cynthia Karam from Lebanon.
The Star Academy 1 eight winners went on a Pan Arab Tour where they performed concerts in Dubai, Kuwait, Cairo & Alexandria in Egypt. They also performed in Amman, Damascus and many other countries.

Star Academy 2 was not a big success as the show stopped for one week when former Lebanese prime minister Rafic El Hariri was assassinated on the 14th of February2005.

Many Lebanese and Arab people were so busy with the security breaches and the unstable situation that no one literary cared to follow the reality show.

The second season witnessed some other changes including the return of the Iraqi member Bashar El Kaisy, who left the academy earlier after nomination.
Bachar Al Qaisi stayed over in the academy for two more weeks, but he had no activity or Pariticpation in Prime shows or even the daily classes.

In the third season, LBC decided to do some dramatic changes, in order not to lose the charm of the program which was not a big success in its second season.

Normally there are 16 Candidates (8 Females, 8 Males) however the third season was different, the number has changed to become a total of 10 Males and 9 Females, totally to 19 Candidates.

Joseph got almost 55% of the total votes. Joseph Attieyh is the first Lebanese candidate to win in Star Academy Lebanon since it began.

Joseph walked away with his new title, as well as prizes like $50,000 and a Toyota Yaris.


Star Academy 4
Auditions for the fourth (4th) season of Star Academy are currently running throughout the Arab countries. The eight Finalists from the 3rd season (Star Academy 3) are still on their Pan Arab Tour which was interrupted many times due to the Israeli war on Lebanon.

Help us improve this page:   Correct or update the Star Academy Lebanon page