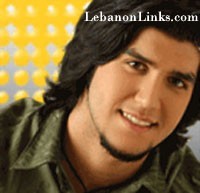 Ahmad lives with his family; his mother is a French teacher in Kuwait.

Ahmad enjoys waking up early and going to college where he studies marketing. Ahmad relaxes at home after college by listening to classical music with his father.

In the afternoon Ahmad goes to his part-time job at a bank, and then at night he goes to the gym to take care of his body.

Ahmad Dawood goes to sleep around 1:AM to relax and prepare for his next day.

Help us improve this page:   Correct or update the Ahmad Dawood page