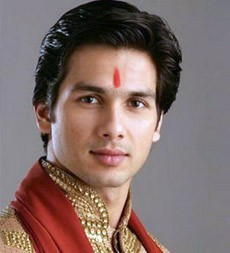 Shahid Kapoor is a famous Bollywood actor, dancer and model who was born on the 25th of February 25 1981 in Mumbai India.

Shahid Kapoor started his career in working with music-videos and advertisments.

Shahid Kapoor first appeared in a Bollywood movie was as a dancer in 1999 during the Subhash Ghai's Taal.

In the year 2003 Shahid Kapoor made his first leading role actor in Ishq Vishk, for his role in this movie he won a Filmfare Best Male Debut Award for his best performance.

Shaheed Also had a good performance in the movie Fida in 2004 and Shikhar in 2005.

Shaheed Kapur first big success was for his role in Sooraj R. Barjatya's Vivah movie in 2006 and Jab We Met in the year 2007.

Help us improve this page:   Correct or update the Shahid Kapoor page