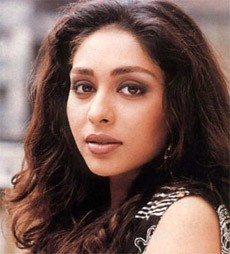 Meghna Gulzar is the daughter of actress Rakhee and lyricist Gulzar had different ambitions right from the beginning.

Her stunning looks had producers tripping all over themselves to launch her in their films.

Meghna is the first of the crop of second-generation directors who are readying their films this year. Coming up next are Ramesh Behl's son Goldie Behl's Bas Itna Saa Khwab Hai starring Abhishek Bachchan, Sushmita Sen, Rani Mukherjee and Ramesh Sippy's son Rohan Sippy with Kuch Na Kaho with Abhishek and Aishwarya Rai.

The debutante director is all praise for the former Miss Universe Sushmita Sen who was selected for the other pivotal part. "When I met Sushmita I instinctively knew she was right for the part of the extrovert protagonist. I knew she would carry off the role brilliantly. And she did," she said.

Help us improve this page:   Correct or update the Meghna Gulzar page