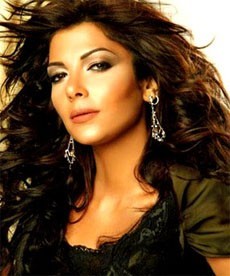 Asala Nasri also known as Assala Nasry or Asalah Nasri was born in Damascus, Syria on the 15th of May 1965.

The father of Asala Nasri is Mostafa Nasri, a famous Syrian composer and singer who knew about his daughter singing talent since she was a child. Asala lost her father who died in 1986, she was attached to him because he taught her how to love music and appreciate it.

Following the death of her father, Asala Nasri at the age of seventeen had to take the duties of an adult and take care of her siblings, Reem Nasri, Amani Nasri, Anas Nasri and Ayham Nasri along with the help of her mother.

Asala Nasri has two children, Sham and Khaled from her first marriage to her first husband Ayman Al Zahabi.

During the year 2005, Asala divorced Ayman El Zahabi. In 2006, She married the famous director and producer Tarek Al Arian. She has two sons, Adam Al Arian and Ali Al Arian.

Her father Mustafa Nasry was a well known singer in Syria. He discovered her talent for singing and pushed her into the career when she was 4 years to perform children, patriotic and religious songs.

She was very attached with her father who . It was the greatest shock in her life. She stopped singing for three years and took the role as father and mother of her younger brothers and sisters: Reem, Amani, Anas and Ayham

Help us improve this page:   Correct or update the Asala Nasri page