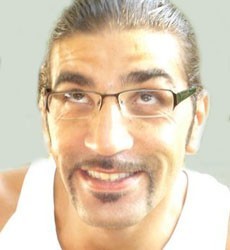 Zenza Raggi is a controversial Moroccan actor and director based in Germany.

Zenza Raggi was born on October 24, 1970 in Casablanca, but moved with his parents to Germany as a young child.

After starring in adult movies (1994-2008), Zenza Raggi also started producing and directing his own movies since 1999.

Help us improve this page:   Correct or update the Zenza Raggi page