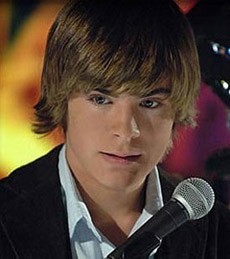 Zac Efron real name is Zachary David Alexander is a famous American actor and singer. Zac Efron was born on the 18th of October 1987 in San Luis Obispo, California, USA.

Zac Efron fame started after his role in the Disney Channel Original Movie High School Musical in the early 2000s.
Zac also acted in the WB series Summerland, and the film version of the Broadway musical Hairspray along with John Travolta.

Help us improve this page:   Correct or update the Zac Efron page