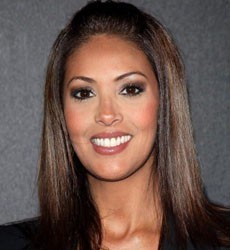 Yasmine Lafitte is a controversial Moroccan actress based in France, mostly known for appearing in X rated movies.

Yasmine Lafitte's real name is Hafida El Khabchi, but performed under the mononym 'Yasmine'. She acquired the French nationality by marrying Alexandre Legland (Olivier Lafitte). Together they established in 2005 a production company called Alko productions.

Yasmine Lafitte was born on the 1st of October 1973 in Tahar Souk, in the Rif Mountains of Morocco. She was still a baby when she moved with her parents to France. At the age of 18, the rebellious Hafida left home to become more independent; after a series of small jobs in Hotels and restaurants, she worked as a caregiver (nurse), before ending up as an X actress.

Alongside her acting career, Yasmine was also featured as the sexy coach of men's magazine FHM, with a monthly column with photos. At the 2008 Cannes Film Festival, she was also the brand image and promoter of REFLEX Condoms (Polida).


In 2009 and after long successful years in the industry, Yasmine Lafitte officially announces the end of her career as a 'trash' actress. To note that she had won many awards such as Best Actress consecutively in 2007 and 2008, and make it big on the European market.

Yasmine then attempted a cross-over into 'regular' movies and played next to Melvil Poupaud, in Un ' homme perdu' by Danielle Arbid. The film was presented at La Quinzaine des réalisateurs at Cannes Festival in 2007. In 2008, she is also in MR-73, a movie by Olivier Marchal.

Help us improve this page:   Correct or update the Yasmine Lafitte page