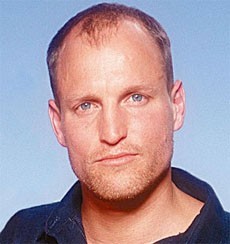 Woody Harrelson came to fame after his role as Woody Boyd in the sitcom Cheers.

Woody also had unforgetable movie roles of Mickey Knox in Natural Born Killers and Larry Flynt in The People vs. Larry Flynt.

Harrelson took good movie roles such as in his character as Billy Hoyle in White Men Can't Jump and Roy Munson in Kingpin.

He became even more famous after doing the character of Dusty in A Prairie Home Companion and Carson Wells in No Country for Old Men.

He had an amazing performance with the role of Ezra Turner in Seven Pounds.

Help us improve this page:   Correct or update the Woody Harrelson page