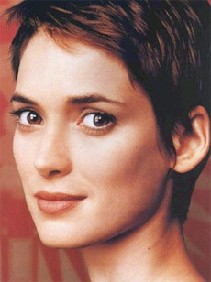 Winona Ryder is a famous American actress. her real name is Winona Laura Horowitz.
Ryder was born on the 29th of October 1971.

Winona Ryder began her acting in the year 1986 she started her first screen role in the movie Lucas.

However it was not until 1988 that she started becoming famous, when acted in Beetlejuice as Lydia Deetz, a Goth teenager at the age of 17, her role in the movie gave her critical attention and lots of recognition from the media and fans.

Winona continued her acting career with the cult film Heathers in 1989.

In the early 90s Ryder was in a relationship with actor Johnny Depp.

Her role in the movies to follow got her many movie awards. In 2000, Winona Ryder got her own star on the Walk of Fame in Hollywood, California.

Help us improve this page:   Correct or update the Winona Ryder page