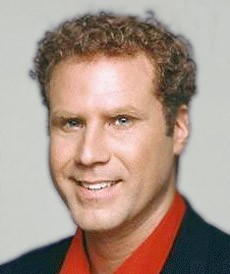 Will Ferrell is a famous America comedian actor. His full name is John William Ferrell, Will was born on the 16th of July 1967.

In addition to acting, Will Ferrell is a voiceover actor and a writer.

Will started as one of the members of the Saturday Night Live Show. Later he started appearing in Hollywood movies.

His first movie role was in the comedy movie Roxbury in the year 1998, then in the movie Old School.

Some of his other movies include Kicking and Screaming, Talladega Nights, Stranger than Fiction, Blades of Glory, Semi-Pro, Step Brothers, and Land of the Lost.

Will Ferrell share the comedy Frat Pack scene with a generation of leading comedians who emerge in the 2000s which included Ben Stiller, Jack Black, Vince Vaughn, and brothers Owen and Luke Wilson.

Help us improve this page:   Correct or update the Will Ferrell page