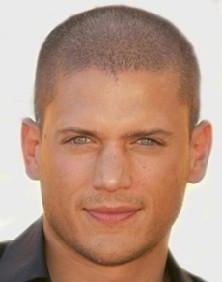 Wentworth Miller is a famous American Television Actor. His full name is Wentworth Earl Miller III and was born on the 2nd of June 1972 in England.
Miller's father is of African, Jamaican, English, German Jewish, and Cherokee descent, and his mother is of Russian, French, Dutch, Syrian, and Lebanese descent.

Wentworth Miller became popular after playing the role of Michael Scofield in the TV series Prison Break which aired on Fox Network.

In movies, Miller had few attempts which started back in the 2001, when he played the role of a Server in the short film Room 302.

Wentworth had more success on Television as soon as his started his acting career and played the role of Gage Petronzi in the Television series Buffy the Vampire Slayer in 1998.

As mentioned earlier his success was at its peak between 2005 and 2009 when he acted as the main character in the TV series Prison Break. For his role in Prison Break, Miller was nominated for a Golden Globe award for Best Performance by an Actor in a Television Series.

In the year 2009 Miller also appeared in the TV series Law and Order when he played the role of Nate Kendall within the Special Victims Unit.

Help us improve this page:   Correct or update the Wentworth Miller page