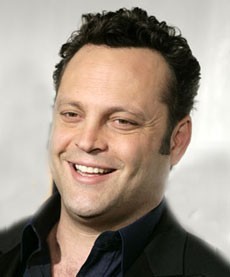 Vince acting career started back in the late 80s, he appeared in few tv roles before he became famous.

His first movie role was in the movie Ruby in 1993.

Vince got a huge recognition for his role in the movie Swingers in the year 1996.
In the year 2005, he took role in both blockbuster hollywood movie Mr. & Mrs. Smith with Brad Pitt and Angelina Jolie and he also took role in the comedy movie Wedding Crashers in the same year.

In the year 2008, he had a major role in the comedy movie Four Christmases.

Help us improve this page:   Correct or update the Vince Vaughn page