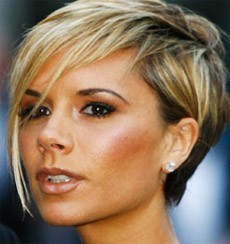 Victoria Beckham also known Posh Spice or Posh she is from the Spice Girls Band.

Her full name is Victoria Caroline Adams, Victoria was born on the 17th of April 1974 in Harlow, Essex, England.

Victoria Beckham is a pop and R&B Singer, she is also a songwriter, dancer and a fashion designer.

Beckham is also an author, a businesswoman, an actress and a supermodel.

Victoria Beckham became famous in the early 90s as one of the members of the Spice Girls, she was known as Posh Spice, a nickname which was give to her by a British music magazine.

Help us improve this page:   Correct or update the Victoria Beckham page