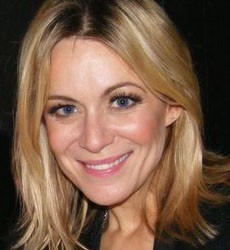 Veronic DiCaire is a Canadian singer, actress and stand up comedian.

Véronic DiCaire was born on 18 Decembre 1976 at Embrun, Ontario (Canada).

She began her career in a band called Sens Unique, before hitting the stage as an actress in the French adaptation of the musical Grease presented at Montreal.

Her debut album called Véronic DiCaire and produced by Warner Music Canada made her figure between the competing names for the Felix Awards as new promising artist of the year, during the 24th Gala of ADISQ.

Véronic DiCaire was a jury member on X Factor 2011 France, along with Christophe Willem, Olivier Schultheis and Henry Padovani.

Help us improve this page:   Correct or update the Veronic DiCaire page