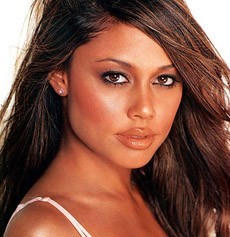 Vanessa Minnillo is an American Model, Actress, and TV celebrity.

Her full name is Vanessa Joy Minnillo and she was born on the 9th of November 1980.

Vanessa Minnillo started her career as a New York based correspondent for Entertainment Tonight.

Between the years 2003 and 2007, Minnillo hosted Total Request Live on MTV.

Help us improve this page:   Correct or update the Vanessa Minnillo page