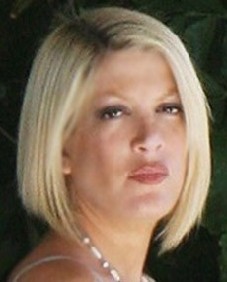 Tori Spelling is an American actress. Her full name is Victoria Davey.

Tori became famous in the early nineties after playing the role of Donna Martin in the Beverly Hills 90210.

Tori Spelling followed that success with a series of TV movies such as A Friend to Die For and Mother May I Sleep with Danger?.

In the year 2009, Tori Spelling wrote an autobiography book entitled sTORI Telling, the book was on the top of the New York Times Best Seller list. It was even named as the best celebrity auto-biography for the year 2009.

Help us improve this page:   Correct or update the Tori Spelling page