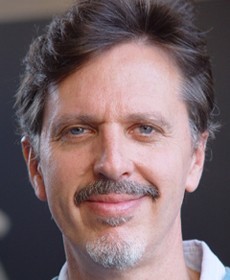 Tim Kring is an American screenwriter and television producer of Jewish origin.

His full name is Richard Timothy Kring. He was born on the 9th of July 1957.

In the year 1983 Tim Kring graduated from the University of Southern California School of Cinematic Arts.

Tim Kring first attempts as screenwriter were for the Television series Knight Rider.

Help us improve this page:   Correct or update the Tim Kring page