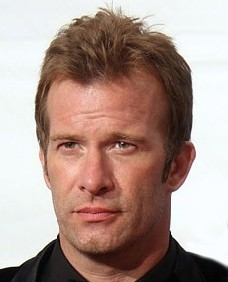 Thomas Jane is a Good looking American actor, famous for his role in the 1999 action movie Deep Blue Sea.

Thomas Jane also known as Tom Jane was born on the 22nd of February 1969. In 1986, Thomas Jane had his first acting role in the Telugu Indian movie Padamati Sandhya Ragam.

Following his success in the movie Deep Blue Sea, he took a good role in the 2004 movie The Punisher.

In 2007, Tom Jane played the role of David Drayton in Stephen King movie The Mist the 2007.

Help us improve this page:   Correct or update the Thomas Jane page