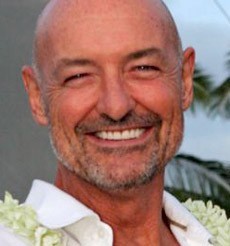 Terry O'Quinn is a famous American actor who was born on the 15th of July 1952 in Sault Sainte Marie, Michigan, USA.

His birth name is Terrance Quinn

Terry O'Quinn is also a Stage and Film actor.

He started acting in the year 1980, he is married to Lori O'Quinn and have two children.

Terry followed this by few minor supporting roles in movies and tv movies such as All the Right Moves, Silver Bullet, Places in the Heart and Between Two Women.

Terry O'Quinn has had a guest appearance role in television shows Miami Vice, The Twilight Zone, Tales of the Unexpected, The West Wing and Remington Steele.

Terry O'Quinn was mostly famous for his role as John Lock in the TV-series Lost.

Help us improve this page:   Correct or update the Terry O Quinn page