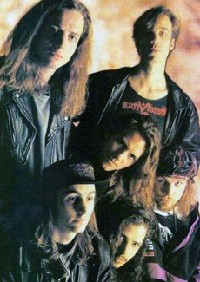 Temple of the Dog

In the year 1990, in Seattle, Washington the American rock band named Temple of the Dog was formed.

Temple of the Dog band consisted of vocalist Chris Cornell of Soundgarden. The group was made of rhythm guitar Stone Gossard on and bass guitarist Jeff Ament. They were both members of Mother Love Bone Band.

Help us improve this page:   Correct or update the Temple of the Dog page