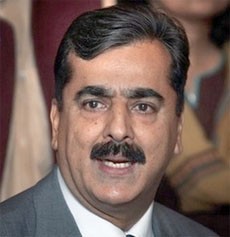 Yousuf Raza Gilani is the first elected Prime Minister of Pakistan who comes from a Saraiki speaking origin.

Youssef Raza Gilani is a Muslim who lives in Multan, Pakistan. He is married to Elahi Gilani.

Syed Makhdoom Yousaf Raza Gilani was born on the 9th of June 1952.

Gilani is also the Vice Chairman of the Pakistan Peoples Party known as the P.P.P.

The PPP nominated him in the 2008 for being the Prime Minister, together with the support other parties such as the Muttahida Qaumi Movement, Awami National Party, Pakistan Muslim League and Jemiat Ulema El Islam he became the prime minister on the 22nd of March 2008 with President Pervez Musharraf.