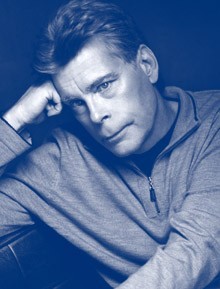 Stephen Edwin King was born on the 21st of September 1947. Stephen King also known as Stephan King is an award winning American author. He is also a screenwriter, a producer and a director.

Stephen King is famous as a horror author, and a sci-fiction and fantasy author. Almost all his books have been adapted in movies, tv-movies and mini-television series.

Help us improve this page:   Correct or update the Stephen King page