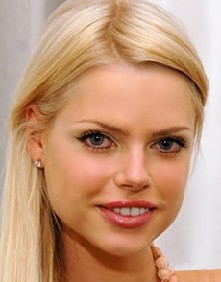 Sophie Monk is a well-known Australian Actress, singer and model.

Her full name is Sophie Charlene Akland Monk, and was born on the 14th of December 1979 in England. Right after birth, she moved with her parents to Queensland, Australia.

Sophie was once a member of a female pop group Bardot and has since established a solo career with the release of the album, Calendar Girl.

In the year 1999, Sophie started her professional career in music after responding to an advertisement that requested girls with nice vocals and some basic dance experience.


In 2004, Monk played her first role as Marilyn Monroe in the TV-movie, The Mystery of Natalie Wood.

In the year 2006, She played the role of Stacey in the romantic comedy movie CLICK opposite opposite Adam Sandler and the Comedy movie DATE.


Sophie Monk had an car accident at Los Angeles, in February of 2010. She appeared on the cover of celebrity magazines on a wheelchair following the crash. In 2010, she also played the role of Lindsay Greene in the movie Hard Breakers.

Sophie Monk is a long-time vegetarian. For that reason, she appeared in a beautiful advertisement campaign promoting vegetarianism. The ad was launched by PETA - People for the Ethical Treatment of Animals.

She was also named Most Beautiful Person in 2008 by WHO magazine.

Help us improve this page:   Correct or update the Sophie Monk page