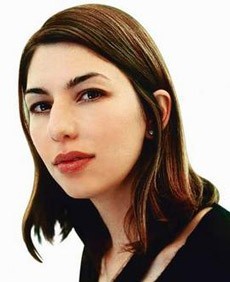 Her full name is Sofia Carmina Coppola, She was born on the 14th of May 1971.

Sofia Coppola is also an actress, a producer and very good screen-writer.

Sofia Coppola is the third female director, and only American female, to be nominated for an Academy Award in the category of movie Directing.

The other two winners in directing were Lina Wertmüller and Jane Campion.

Help us improve this page:   Correct or update the Sofia Coppola page