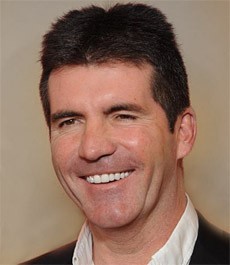 Simon Cowell is a television celebrity, he is one of the American Idol Judges since 2002.

Simon Cowell also known as Simon Cowel was born on the 7th of October 1959 in Brighton, East Sussex, England.

Simon Cowell is also a judge on various Television shows including The X-Factor, Pop Idol, and Got Talent in Britain.

Simon Cowell is the founder Syco company, a division of Sony Music which focuses on Music and TV production and publishing.

Help us improve this page:   Correct or update the Simon Cowell page