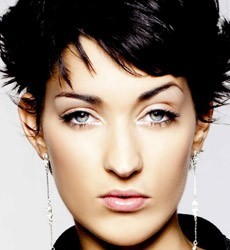 Sheryfa Luna is a French R&B singer and dancer of Arab descent.

Sheryfa Luna was born as Cherifa Babouche on January 25, 1989 to an Algerian Kabyle father and a French mother.

Help us improve this page:   Correct or update the Sheryfa Luna page