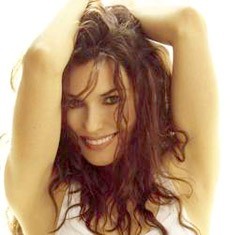 Shania Twain is a famous Canadian singer. Her birth name is Eilleen Regina Edwards. Shania Twain was born on the 28th of August 1965 in Canada.

Shania Twain is the second best selling artist in Canada, after Canadian Diva Celine Dion, as 3 of her albums were certified with the label Double Diamond by the Canadian Recording Industry Association.

Shania Twain is the only female singer to have 3 albums certified as Diamond by the Recording Industry Association of America.

Help us improve this page:   Correct or update the Shania Twain page