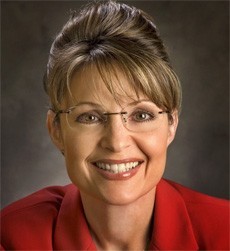 Sarah Palin was born on the 11th of February 1964. Sarah is the governor of Alaska and the official Republican vice-presidential nominee of the 2008 U.S. presidential elections.

On the 29th of August 2008, the Republican presidential candidate Senator John McCain chose Sarah Palin as his running mate.

Sarah Palin has described the Republican party campaign as The right Agenda for U.S.

Sarah became a celebrity because of many issues related to her family and the issue of her teen daughter who got pregnant from her boyfriend Levi Johnston, who promised that he will marry the daughter and be the father of the child.

Help us improve this page:   Correct or update the Sarah Palin page