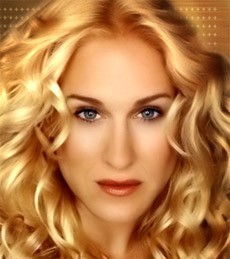 Sarah Jessica Parker is a famous television and theater actress. Sarah is also a producer.

Sarah Jessica Parker was born on the 25th of March 1965. She is mostly known for her initials SJP.

In 2008, SJP played in feature film Sex and the City the movie.

Help us improve this page:   Correct or update the Sarah Jessica Parker page