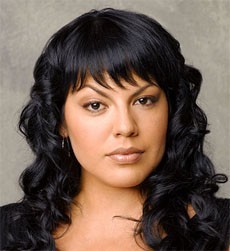 Sara Ramirez was born on the 31st of August 1975 in Sinaloa, Mexico.

Sara was known to public after her role in the Television series Grey's Anatomy.

In the year 2005 Ramirez won the Tony Award for her Performance in a Musical The Lady of the Lake in Monty Python's Spamalot.

Help us improve this page:   Correct or update the Sara Ramirez page