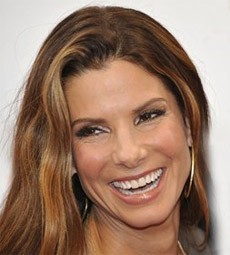 Sandra Bullock is a well known American actress. She was born as Sandra Annette Bullock on the 26th of July 1964.

Her first acting role was in the 1987 movie Hangmen. However Sandra Bullock became famous in the 90s, after taking role in the action movie blockbuster Speed. Sandra took the lead role opposite Keanu Reeves.

Sandra Bullock also acted in the hit movie While You Were Sleeping.

In the early 2000, she got great success in movies such as Miss Congeniality and Crash, which got a great deal of acclaim.

In the year 2007 Bullock got ranked as the 14th richest female celebrity, Her Estimated fortune was $85 million dollars in that year.

Help us improve this page:   Correct or update the Sandra Bullock page