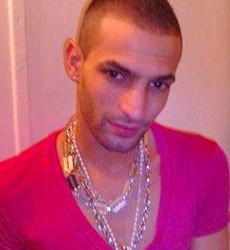 Samy Messaoud is a controversial French singer of Arab descent.

He is a bit compared to Sin With Sebastian (aka Sebastian Roth) who released in 1995 "Shut Up (and Sleep with Me)".

Help us improve this page:   Correct or update the Samy Messaoud page