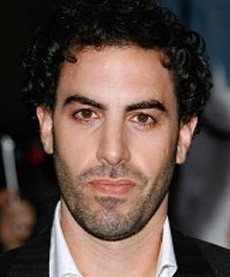 Sacha Baron Cohen is a famous English comedian and actor.

Sacha Baro Cohen was born on the 13th of October 1971, he was known to public as Borat Sagdiyev in the Borat movie, a Kazakh reporter.

All his movies are more like reality documentaries, where he conducts interviews with celebrities while being in his role.

Help us improve this page:   Correct or update the Sacha Baron Cohen page