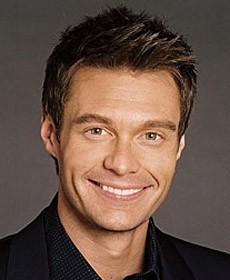 Ryan Seacrest was born in the city of Dunwoody, Georgia.

Ryan Seacrest worked as a co-host in the entertainment news program E! News.

Ryan Seacrest also hosts several radio shows such as the American Top 40 on Premiere Radio Networks and The Entertainment Edge in the UK.

He also hosts the On Air with Ryan Seacrest on KIIS-FM in Los Angeles.

Help us improve this page:   Correct or update the Ryan Seacrest page