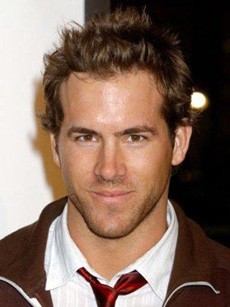 Ryan Rodney full name is Ryan Rodney Reynolds is a Canadian television and film actor, Ryan Rodney was born on the 23rd of October 1976.

Ryan Rodney back famous between 1998 and 2001 in North America after staring in Two Guys and a Girl a famous Television-Sitcom. Soon after Ryan had a well established career in Hollywood.

Ryan Reynolds dated Alanis Morissette from From 2002 to 2007. During those years they got engaged then in February 2007, the couple decided to end their relationship. On June 11, 2008, Alanis Morissette appeared on The Howard Stern Show, and spoke of their breakup.

On May 5, 2008, Ryan Reynolds got engaged to actress Scarlett Johansson. and soon got married to here on September 27, 2008 in Canada.

Ryan Reynolds is a big fan of Green Bay Packers, he loves motorcycles and owns three motorcycles; a customized Harley Davidson Springer Softail, a Confederate 2005 and a Ducati Sport 1000.

Help us improve this page:   Correct or update the Ryan Reynolds page