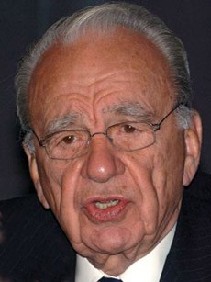 Rupert Murdoch is the creator and chairman and of the famous Media company known as News Corporation - News Corp.

Rupert Murdoch started his media empire with a single newspaper in Adelaide. since then Rupert acquired and started other publications in his native Australia before expanding News Corp into the UK, America and Asia.

In the year 1989, Rupert started his business in UK by creating what is known as Sky Television.

In the year 2000 Rupert started investing in other media channels such as satellite, the Internet and even the movie business.

Help us improve this page:   Correct or update the Rupert Murdoch page