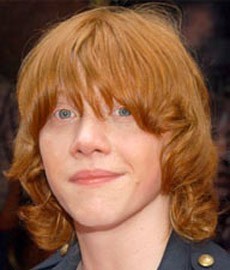 Rupert Grint is an English actor, who became popular in the Movie Harry Potter.

Rupert Grint full name is Rupert Alexander Lloyd Grint and he was born on the 24th of August 1988.

Rupert Grint played the role of Ron Weasley in the Harry Potter movies.

In month of December 2007, Rupert Grint was ranked as number 16 in the list of Forbes Top twenty earners under the age of twenty five. He earned around $4 million dollar in 2007.

Help us improve this page:   Correct or update the Rupert Grint page