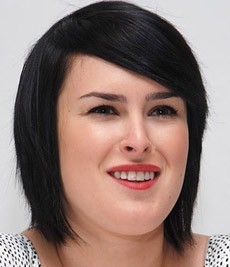 Rumer Willis is an American Actress who was born in Paducah, Kentucky, USA.

Her full name is Rumer Glenn Willis and she was born on the 16th of August 1988.

Rumer Willis is the eldest daughter of Bruce Willis and Demi Moore.

Bruce Willis is also the stepdaughter of Emma Heming and Ashton Kutcher.

Emma Heming first role was in the year 1995 in the movie Now and Then.

Since then she has played several role in movies and television series.

In the year 2009 Emma Heming took role in the movies The Secret Life of the American Teenager and Sorority Row.

Help us improve this page:   Correct or update the Rumer Willis page