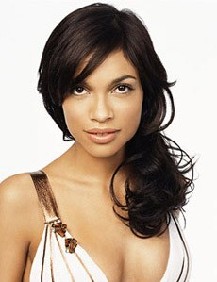 In addition to great movies such as The Rundown, Seven Pounds, Death Proof, Eagle Eye and Sin City.

Her first role in acting was in the 1995 movie called Kids where she played the role of a girl named Rubby.

Help us improve this page:   Correct or update the Rosario Dawson page