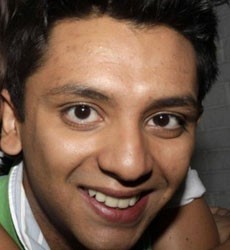 Ron Mustafaa is of Indian origins. He was born on December 3rd, 1989. He is currently at the University of Toronto majoring in Political Science.

Ron Mustafaa became known after starring as Abbud the fictional character in the American adaptation of Skins, a character based off Anwar Kharral from the original UK show. Abbud is a teenager torn between uber-religious parents and a serious need to party.