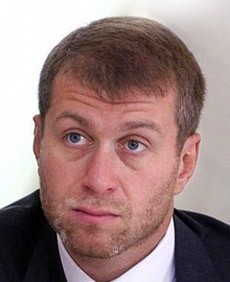 His full name is Roman Arkadyevich Abramovich and he was born on the 24th of October 1966 in Russia.

Forbes magazine has announced in the year 2009, that Abramovich has a net worth of US $8.5 billion.

Having said that, Roman was ranked at the top 51 rich people in the world for the year 2009.

Help us improve this page:   Correct or update the Roman Abramovich page